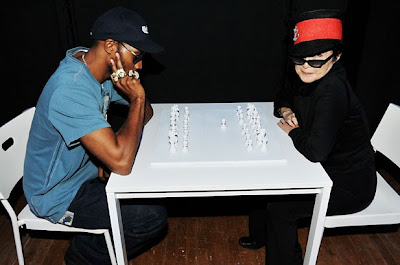 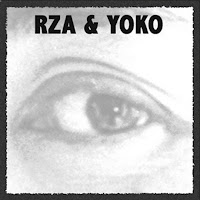 In 2010, Yoko Ono took the stage alongside RZA in Los Angeles for a dramatic performance art-like evening that featured the two playing chess and doing duets. Now they've teamed up to release a 10" commemorating the event, featuring live recordings of two songs: "Seed of Joy / Life Is a Struggle" and Yoko Ono's Plastic Ono Band's "Greenfield Morning I Pushed An Empty Baby Carriage All Over The City".


The 10" is part of an ongoing series of collaborative releases from Yoko Ono; it'll be out in a limited run of 1,000 on one-sided vinyl with Yoko's etching on the b-side.

Proceeds from the sale of the vinyl and the downloads will go a Staten Island organization called the Children's Literary Society. source

Find the vinyl HERE and the download on iTunes.
Posted by CDMartini at 11:28 AM