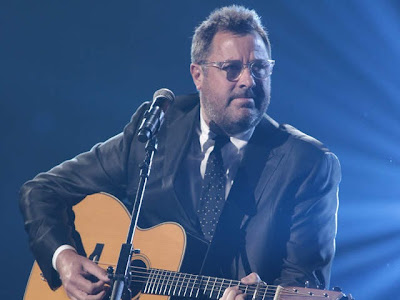 Multiple Grammy Award-winning country singer Vince Gill went eye to eye and nose to nose, stopping short of tooth for a tooth with members of the provocative Westboro Baptist Church, who protested his concert Sunday September 8, 2013 in Kansas City, Missouri., taunting him because he had divorced and remarried.

In a confrontation captured on a 55-second video that’s gone viral on YouTube, Gill tells the protesters, “I came to see what hate looked like.” MORE HERE
Posted by CDMartini at 9:31 AM