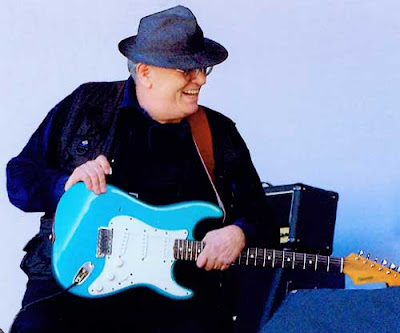 Nick Gravenites was 11 when his father died. He soon became a pistol-packing juvenile delinquent who participated with teenage friends in muggings, popped pills, smoked weed and eventually was expelled for fighting from the Wisconsin military academy where his mother had sent him. His life began a slow turn for the better after he was accepted by the University of Chicago, where he joined the folklore society and became friends with non-student folk music enthusiasts Paul Butterfield and Michael Bloomfield, for whom he would later write his most famous song, the blues "Born in Chicago."

"Born in Chicago" is also the title of a new documentary about how Gravenites, Butterfield, Bloomfield, Elvin Bishop, Steve Miller, Corky Siegel and other young white musicians were mentored during the 1960s by such black blues veterans as Howlin' Wolf, Muddy Waters and Otis Rush.

Nick was interviewed in the San Francisco Chronicle. Read it HERE