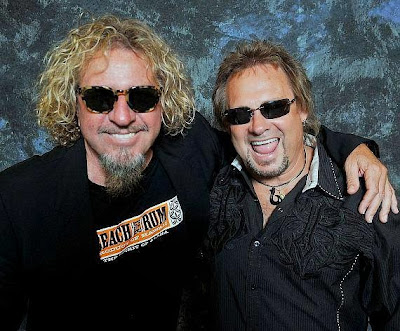 On September 24, 2013 Sammy Hagar will release his new album, a collection of duets and collaborations he is simply calling Sammy Hagar & Friends

To celebrate, he went into a studio with his best friend, Michael Anthony, to record a one-hour radio special celebrating the release.


The Sammy and Mikey Happy Hour features them spinning tracks off the album, answering questions from their fans, and talking to some of their friends, including Kid Rock, Toby Keith, celebrity chef Guy Fieri and a few surprises, including business magnate Warren Buffett. The show will be broadcast nationally starting Friday September 20, 2013.