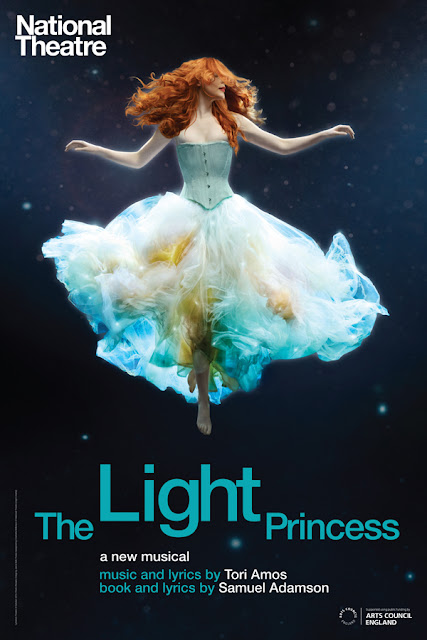 The National will make a rare excursion into new musicals including The Light Princess, featuring music and lyrics by Tori Amos and book

and lyrics by Samuel Adamson (in the Lyttelton Theatre from September 25, 2013). Marianne Elliott, Tony-winning co-director of War Horse, will direct a cast that includes Rosalie Craig. It is described as a dark fairytale about grief, rebellion and the power of love.

Tim Teeman of The Guardian (The Observer) recently interviewed Tori Amos. The singer-songwriter discusses dealing with grief, raising a child and writing her first musical for the National Theatre - The Light Princess. Read it HERE.