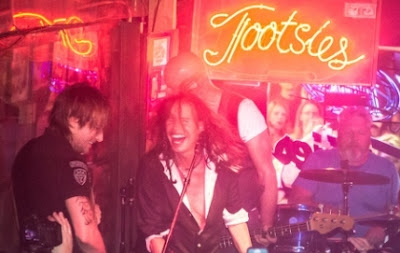 Harkening back to his days of singing for his supper in Nashville, Keith Urban played three short, sweaty sets at a trio of Music City honky tonks in less than an hour last night. A cunning stunt to promote his latest LP, Fuse

(out Tuesday September 10, 2013), it was pandemonium by design as thousands of fans inevitably lined Downtown Nashville’s Lower Broadway bar strip in hopes of catching the country superstar’s frenzied pub crawl, where he debuted a handful of songs off the album.

Those who got into the Tootsie’s Orchid Lounge show received the biggest payoff of the night including an appearance by Steven Tyler. MORE HERE

Video HERE
Posted by CDMartini at 10:48 AM