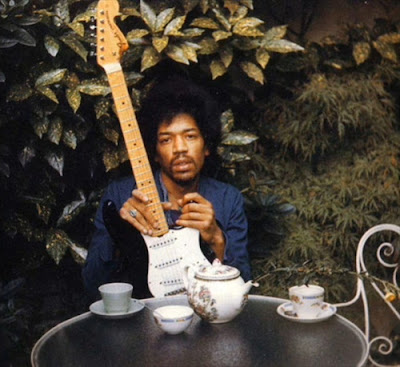 The final interview given by Jimi Hendrix is to be broadcast on radio in its entirety today (September 18, 2013) on the anniversary of his death.


The half-hour exchange took place in London’s Cumberland Hotel five days before the great guitarist was found dead at an apartment in Notting Hill in 1970 at the age of 27.

Keith Altham, the journalist who conducted the interview, saw Hendrix perform three days after he first arrived in England in 1966 and knew him for much of his final four years.

Can't wait? GO HERE
Posted by CDMartini at 8:35 AM