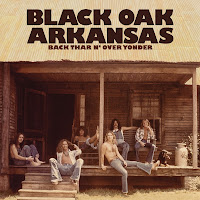 on October 15, 2013 via Atlantic/Atco but the word "new" only applies to five songs on the set. The other ten tracks have been unearthed from the vaults of the 1970's.

From that set comes the very psychedelic video for Plugged In and Wired (above).