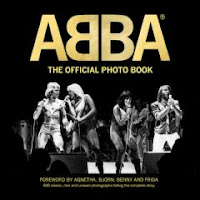 The collector’s edition of Abba’s first authorised photographic biography, Abba - The Official Photo Book, will be released internationally via a PledgeMusic and Max Ström Publishing partnership.

Fans can pre-order the ‘Super Trouper’ edition for delivery in March 2014 ahead of the publication of the main consumer version, which will be available in more than 20 countries in 2014.


Fans who pre-order the book will also gain access to private ‘Pledgers only’ updates from the making of the book.

The collector’s edition features a DVD with a specially produced documentary on Abba in pictures, and is included with a numbered print which is a rare alternative shot from the cover session for the 1980 Super Trouper