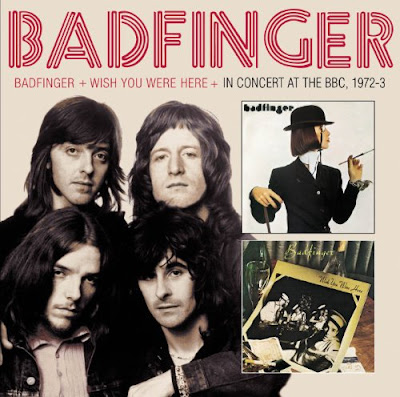 The internet is buzzing with news of a remastered Badfinger release. There does not seem to be any press or promotion to speak of.

In late 1973, Badfinger found themselves recording the first of these two albums for Warner Brothers, despite the fact that their fourth album for the Beatles’ Apple record label was yet to be released.

Luckily they still had producer Chris Thomas on board, and the band recorded an album of fine songs and fine playing. Within months they were contractually required to make another album, again with Thomas, recorded this time at Caribou Studios. Another excellent album, it was withdrawn with weeks of release due to various lawsuits, and sadly turned out to be the last album by the original line-up.

Included on the second CD are two BBC “In Concert” radio recordings, where the band demonstrates their live capabilities. The booklet of this slipcased edition includes the lyrics and annotation by Alan Robinson. source