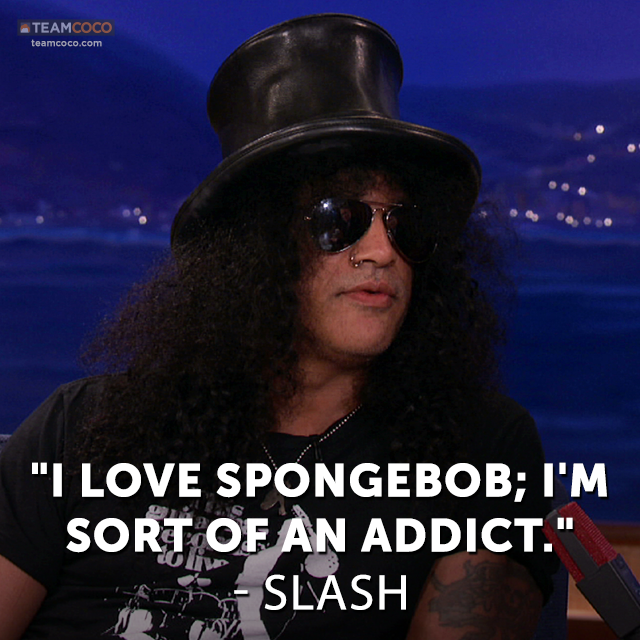 The live-action/animation/CGI hybrid sees SpongeBob SquarePants, the world’s favorite sea-dwelling invertebrate, coming ashore to our world for his most super-heroic adventure yet.

Slash is among the cameo players in the new trailer released during Comic-Con 2014.