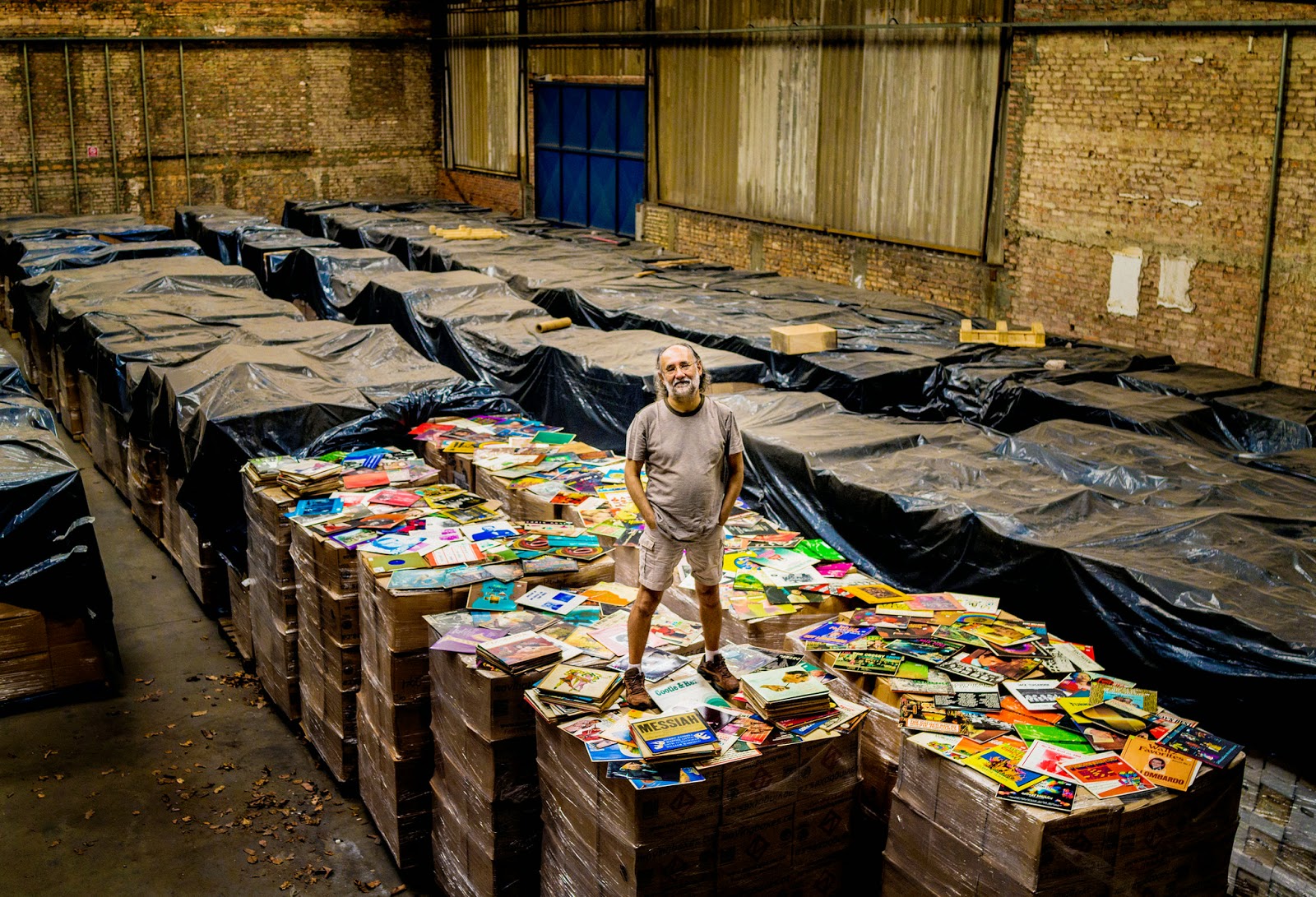 No matter how many record store day exclusives, hologram-producing 12"s, or deluxe box sets you've come to acquire over your lifetime, there's pretty much no way you have a vinyl collection as impressive as Zero Freitas, the owner of a private bus line in Sao Paolo, Brazil.

A profile in this week's New York Times Magazine doesn't make any unverifiable claims about the magnitude of Freitas' stacks, leaving the man to give his own vague estimation of "several million albums."

But what's most impressive about the Brazilian bus-man's massive record stock isn't its sheer size, but the rate at which he's buying up other collections. Just in the past couple of years he's bought a three million piece collection from a Pittsburgh music store owner and the entire stock of Times Square's Colony Records among a whole host of other collections. MORE HERE & HERE

Zero Freitas’s Rarest Records HERE
Posted by CDMartini at 7:03 AM