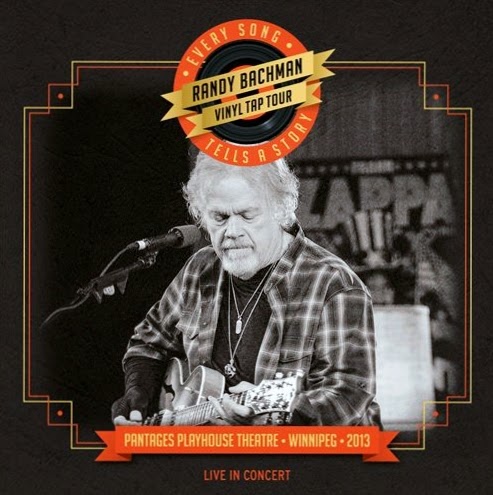 Randy Bachman launched the Vinyl Tap Tour: Every Song Tells a Story in 2013, designing the concert as a guided journey through his past. He sang hits from the Guess Who, Bachman-Turner Overdrive, and his solo career, interspersing stories along the way, adding the biographical song "Prairie Town" as a framing device.


This 2014 set -- which is available in a couple of incarnations, including one that has a DVD

and one that has a CD

of the concert -- generally has a lower energy level than the original recordings but the relaxed vibe is part of the appeal: it's not a race, it's a nostalgic stroll with the amiable Bachman. If you're on the same wavelength as him, it's an enjoyable way to pass the time.

VVN Music had the honor of talking to Bachman at length about the release and his amazing 50+ years in the music business. Check it out HERE