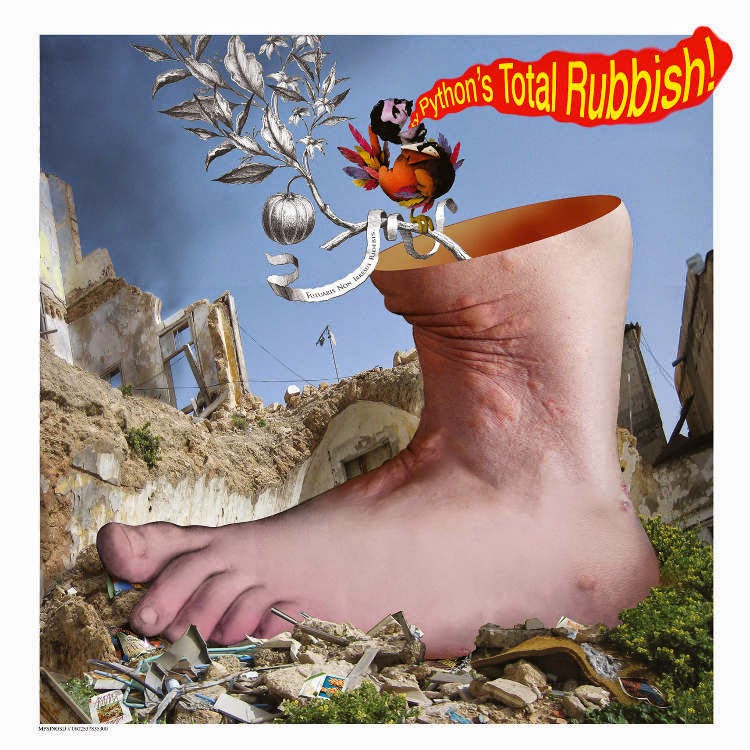 Hot on the heels of the release of Monty Python Sings (again), the Pythons unveil the U.S. release (September 30, 2014) of a career spanning box set entitled Monty Python's Total Rubbish: The Complete Collection.

Released as both a CD

, the CD edition contains all nine remastered CD's with bonus tracks, plus seven-inch vinyl single of their 1974 flexi-disc Monty Python's Tiny Black Round Thing. MORE HERE & HERE
Posted by CDMartini at 8:22 AM