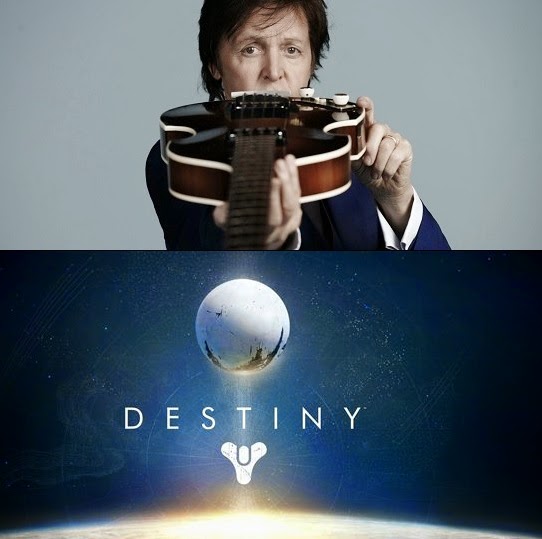 Collectors of Paul McCartney’s music may have to add a new format – a version of PlayStation or Xbox — to their stacks of LPs, tapes, CDs, DVDs and digital downloads. His next major project is the score for Destiny, the highly anticipated video game from Bungie and Activision is due on September 9, 2014.

McCartney’s involvement with the project began in 2010, when Marty O’Donnell, already at work on the Destiny music, suggested that the former Beatle might be interested in the challenge of writing orchestral music for an interactive game – that is, musical sequences that would change depending on the game players’ actions and interactions. It was not a huge stretch: Mr. McCartney has written four full-length orchestral scores, and several shorter classical pieces, since 1990, and has produced several albums of electronica under the name Fireman.

Although McCartney is not believed to be a video game enthusiast, or even a casual player, he was intrigued by the process of creating interactive game music. MORE HERE