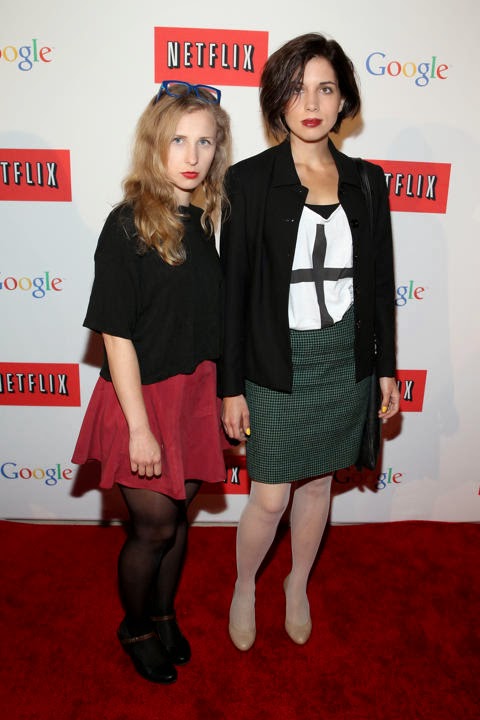 Two members of Pussy Riot are set to appear on the next season of House of Cards, production insiders tell Baltimore's City Paper.

Nadya Tolokonnikova (above right) and Maria Alekhina (above left) were on set in the city last week (August 7, 2014), a source at the paper says. The Russian political rockers told the Wall Street Journal in May (2014) that they'd met with the show's staff. "It's important for us to meet people who are doing political cinema in the US, because in Russia, it doesn't exist, and we want to know how it happens," said Alekhina at the time. Added Tolokonnikova: "It's not a question of what do they want, but what we want from them. And we want to learn how to do a political movie. This is our main agenda right now." source
Posted by CDMartini at 7:36 AM