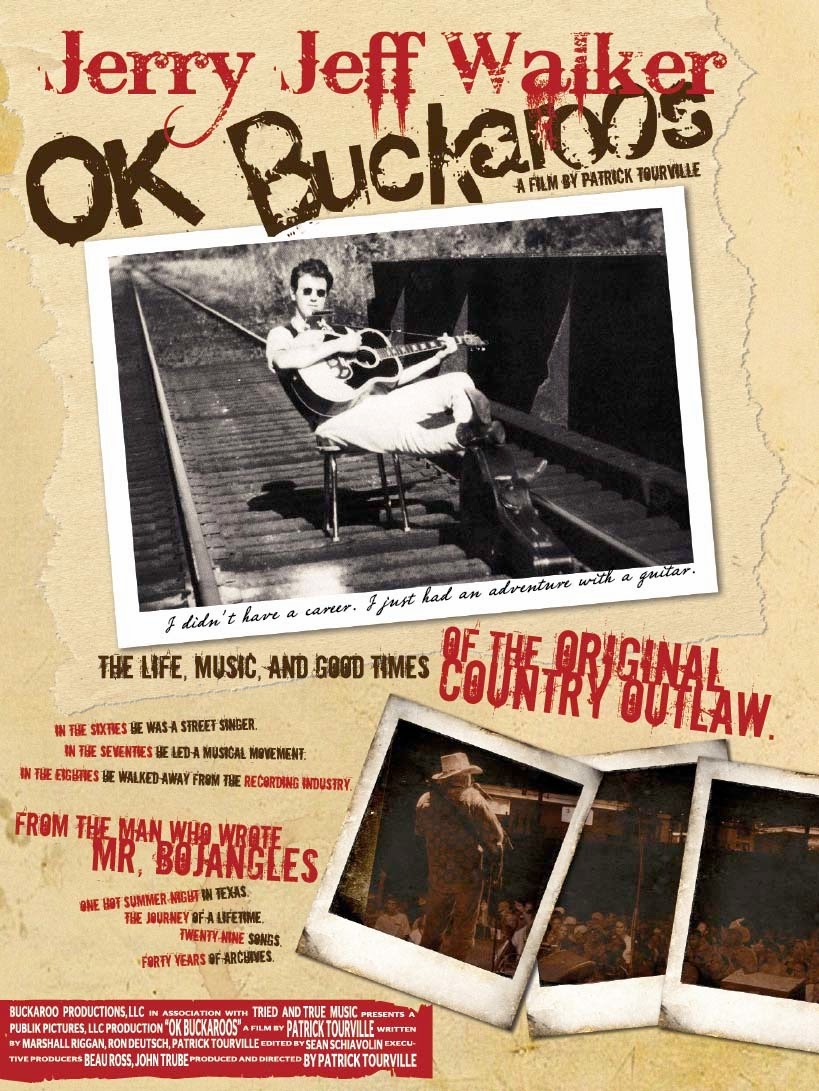 Released a few years ago, and screened at various film festivals, the Jerry Jeff Walker biopic 'OK Buckaroos' is just now coming out on DVD. Digital Download release will be on September 10, 2014

One hot summer night in Texas. The journey of a lifetime. Twenty nine songs. Forty years of film, photo and audio archives. This story of artistic independence is a must see for anyone who has an interest the evolution of the American music scene over the last half decade.

An Incredible 29 song soundtrack with all of Jerry Jeff’s classics.Bonus material includes full concert footage of Gettin’ By and Redneck Mother from 2009 in Round Rock Texas and Mr. Bojangles, LA Freeway and Hill Country Rain from the original 1982 Jerry Jeff Birthday Bash in Austin, Texas. MORE HERE