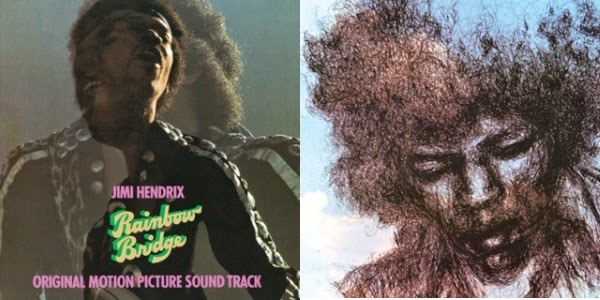 Over the last few years of Jimi Hendrix's life he recorded a number of songs that explored new musical ground, which he wasn't able to release before his tragic death. In 1971, Hendrix’s longtime engineer Eddie Kramer and Experience drummer Mitch Mitchell assembled some of the material from those sessions into a pair of posthumous studio albums - The Cry Of Love

. On September 16, 2014 Experience Hendrix in conjunction with Legacy Recordings will reissue the two long-out-of-print studio albums on CD, vinyl and digital. MORE HERE
Posted by CDMartini at 8:05 AM