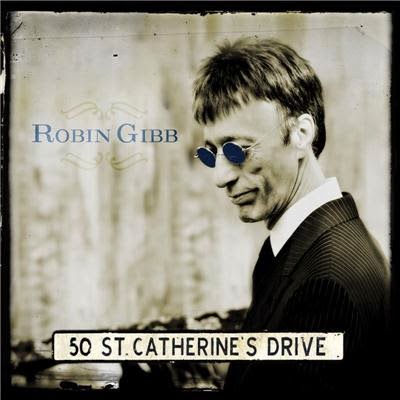 Named after the address where Robin was born on the Isle of Man, the album was compiled by his widow, Dwina, and his son, RJ, from recordings made between 2006 and 2008 with the exception of the final song on the set, Sydney (above).

Explaining its inclusion, Mrs Gibb, 61, said: ‘Robin composed this late at night, in August 2011, at our home. He used the bedroom keyboards and then Garageband on an iPad.

'He wished to finish this song in a studio with Barry, for a new album he hoped they would record together, but his health prevented this.

'He missed his twin brother Maurice who had passed away; but when he closed his eyes, the three young brothers were back in Sydney, Australia, happy together with their dreams and hopes for the future.

Their future creations of course affected the world.'This fragment of song is poignant, wistful, beautiful and unfinished. It belongs on this album as one of his last works. He cried when he wrote it, and I wept when I heard it.' MORE HERE