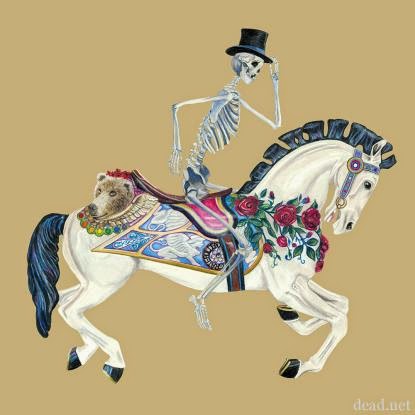 In March 1990, the Grateful Dead teamed up with jazz saxophonist Branford Marsalis for a concert at Long Island's Nassau Coliseum, where they jammed together for most of the set. One standout from that set is the group's funky, 14-minute take on "Estimated Prophet" (below), the lead track on the Dead's 1977 LP Terrapin Station

, on which Marsalis goes note for note with each of the instrumentalists in the band, as well as Bob Weir's husky vocals.

That recording along with the rest of the concert will be available as a three-disc box set, Wake Up To Find Out 3/29/1990

, on September 9, 2014. That concert will also be available as part of a 23-disc Grateful Dead box, Spring 1990 (The Other One) (pictured above), that is coming out the same day and chronicles eight complete concerts from the group's three-week 25th anniversary tour of North America. source

Posted by CDMartini at 9:54 AM

Email ThisBlogThis!Share to TwitterShare to FacebookShare to Pinterest
Labels: bob weir, branford marsalis, estimated prophet, grateful dead, spring 1990 (the other one), terrapin station, wake up to find out