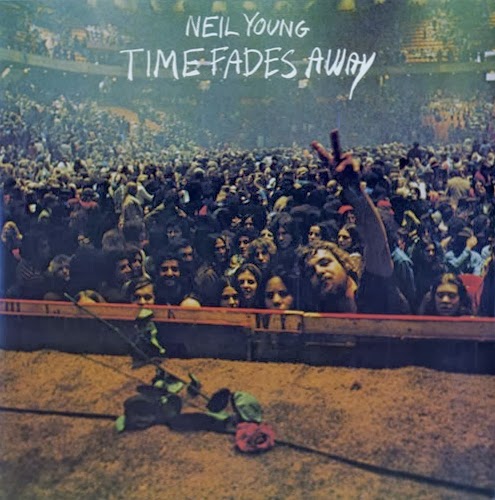 Neil Young is putting his 1973 live album Time Fades Away back into print for only the second time, as part of a limited vinyl set for Record Store Day.

Time Fades Away is currently only available on used vinyl but will be re-released -- again on vinyl and will continue to remain only available on vinyl. No digital release for TFA still. No CD, MP3 or PONO formats are expected anytime soon.

Record Store Day, on Saturday, April 19, 2014, will celebrate with over 1,000 independently owned record stores in the U.S. and hundreds of similar stores internationally.

This limited edition box set includes the classic albums: Time Fades Away, On The Beach, Tonight's The Night and Zuma, each remastered from the original analog studio recordings.

T-shirts featuring the covers of all four albums are also being released on Record Store Day. MORE HERE & HERE