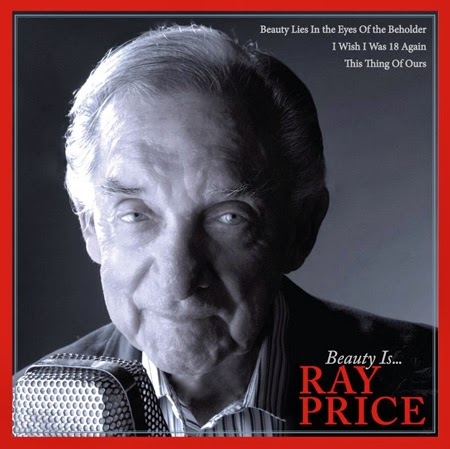 The final recordings of the late, great Ray Price (who died in December 2013) are being released. Beauty Is...

will be released on AmeriMonte Records and will be sold through Walmarts, Cracker Barrels and other online retailers beginning April 15, 2014.

The project will feature 12 tracks and will include collaborations with Vince Gill and Martina McBride.

became available digitally on March 16, 2014. The EP includes one of Ray’s duets with Vince Gill, “Beauty Lies in the Eyes of the Beholder,” plus “This Thing of Ours” and “I Wish I Was 18 Again.” source

Email ThisBlogThis!Share to TwitterShare to FacebookShare to Pinterest
Labels: amerimonte records, beauty is..., beauty is...the ep, beauty lies in the eyes of the beholder, cracker barrel, i wish i was 18 again, martina mcbride, ray price, this thing of ours, vince gill, walmart