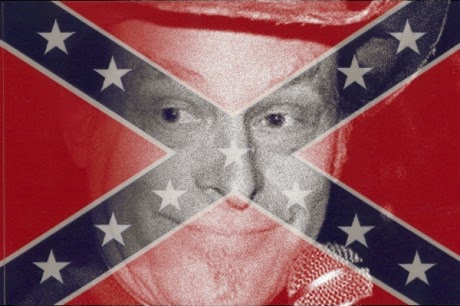 The city of Longview, Texas paid $16,250 to end contract negotiations with controversial rocker Ted Nugent, who was under consideration as the headliner for its Fourth of July (2014) celebration.

In January (2014), Nugent called President Barack Obama a “subhuman mongrel.” The comments resurfaced when Nugent campaigned in February (2014) with Abbott, who said he did not endorse such language.

A city spokesman said the controversy surrounding Nugent was just one factor that led the city to call off negotiations. The amount paid was about half Nugent’s performance fee. MORE HERE

Nugent countered by calling the mayor of Longview "racist," "clueless" and "dishonest". "I hear from reliable sources that the mayor is a racist and was offended that my band performs mostly African-American-influenced music," Mr. Nugent, 65, said. MORE HERE
Posted by CDMartini at 9:10 AM