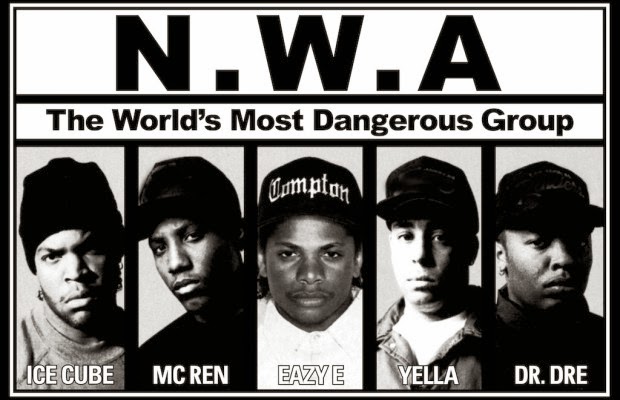 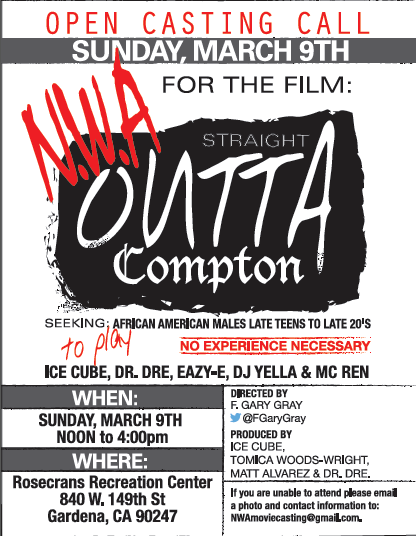 Auditions for lead roles for a N.W.A. Biopic – “Straight Outta Compton” are currently being scheduled and casting directors are currently seeking actors to play lead roles in the upcoming motion picture.

The film is being produced by Ice Cube and will be directed by F. Gary Gray. Producers have decided to hold open auditions to aspiring actors who can realistically portray the members of N.W.A. when they were teens and young adults. N.W.A. is the group that gave rise to greats such as Easy- E, Dr. Dre, and Ice Cube.


Now, the film directors are looking for aspiring actors who can effectively act and portray these rap icons when they were part of N.W.A. So can you rap? Do you look like a young Dre, Ice Cube, Eazy E, Yella or MC Ren? If you do, here is your chance.