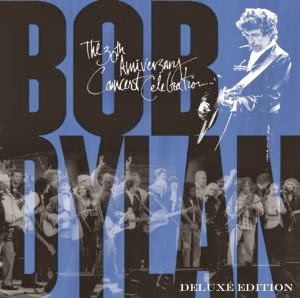 BOB DYLAN fan or not, it would be hard not to enjoy the 1992 Madison Square Garden concert celebrating his music.

George Harrison, Eric Clapton, Tom Petty, Stevie Wonder, John Mellencamp and a buffet of other artists gathered that night, and this special cherry-picks some of the best performances.

It’s even worth sitting through the PBS pledge breaks to hear all of them. MORE HERE

It was originally broadcast on Pay-Per-View and portions of the show were released on VHS and CD, but on March 4, 2014 a super deluxe version of the concert hit the shelves on CD