The Tony's Belong To Audra McDonald 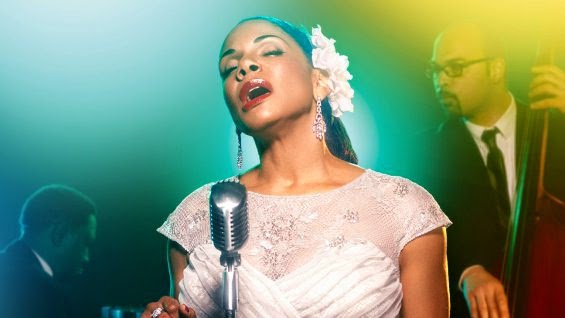 Audra McDonald dedicated her Tony Award to singer Billie Holiday, after she made history with a record sixth win for her critically acclaimed portrayal of the jazz singer in the play Lady Day at Emerson's Bar & Grill.

McDonald, 43 a classically trained singer and actress, has now won Tonys in all four play and musical categories. She is tied with the late actress Julie Harris at six Tonys, but one of Harris's statuettes was for lifetime achievement.

McDonald earned a lengthy standing ovation from the audience of actors, producers and directors at the Radio City Music Hall. She said: "I want to thank all the strong and brave and courageous women whose shoulders I am standing on. And most of all Billie Holiday. You deserve so much more than you were given when you were on this Earth." MORE HERE, HERE & HERE