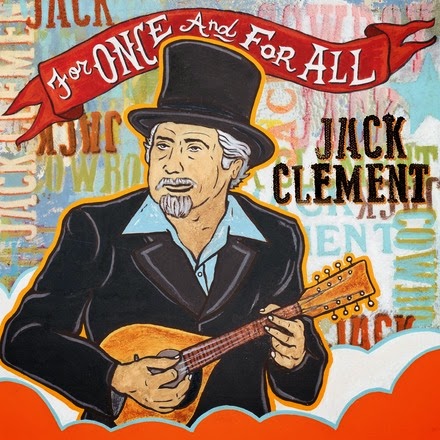 Looks like the late legendary singer/songwriter/producer Cowboy Jack Clement isn’t quite done yet.

Clement’s last musical work, and only his 4th studio release, “For Once And For All


He was 82-years-old when he died on August 8, 2013 and 82 when he finished this song-set with help from friends including John Prine, Emmylou Harris, Bobby Bare, Duane Eddy, T Bone Burnett, Vince Gill, Marty Stuart, Rodney Crowell, Buddy Miller, Dan Auerbach, Leon Russell, Gillian Welch, Jim Lauderdale and many more. MORE HERE
Posted by CDMartini at 8:35 AM