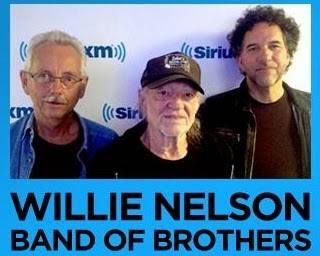 How do you write a song with 81-year-old Country Music Hall of Famer Willie Nelson? It helps to have a good mobile plan. Buddy Cannon (above left) has never been in the same room with Nelson to write a song, but the two co-wrote nine of the 14 songs on the new, Cannon-produced "Band of Brothers

" album. That album just made its debut atop the "Billboard" country albums chart.