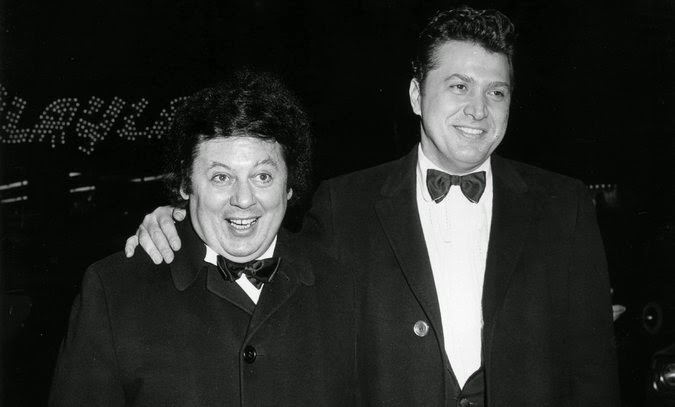 Steve Rossi (above right), a suave crooner who rose to fame as the straight man to Marty Allen (above left) in one of the most successful comedy teams of the 1960s, died on Sunday June 22, 2014 in Las Vegas. He was 82.

Mr. Rossi was working as a singer in Las Vegas when, at the suggestion of Nat King Cole, he joined forces in the late 1950s with the bug-eyed Mr. Allen, who had recently broken up with his longtime comedy partner.

With Mr. Rossi as the good-looking one who sang and Mr. Allen as the zany, childlike one who got the laughs, Allen and Rossi were reminiscent of the hottest comedy team of the early 1950s, Dean Martin and Jerry Lewis. MORE HERE
Posted by CDMartini at 8:17 AM