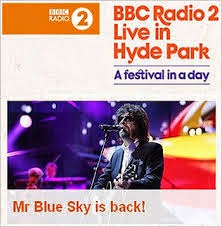 Jeff Lynne has experienced global success as one of the founding members of the Electric Light Orchestra (ELO) and creator of ELO’s music, as well as a solo artist, composer, producer and song-writer but this will be the first time that he has performed as ELO at any festival since 1986.

He was also a co-founder and member of The Travelling Wilburys together with George Harrison, Bob Dylan, Roy Orbison and Tom Petty.

The crowds at Hyde Park will be able to witness the hit music of ELO accompanied by the BBC Concert Orchestra. MORE HERE & HERE