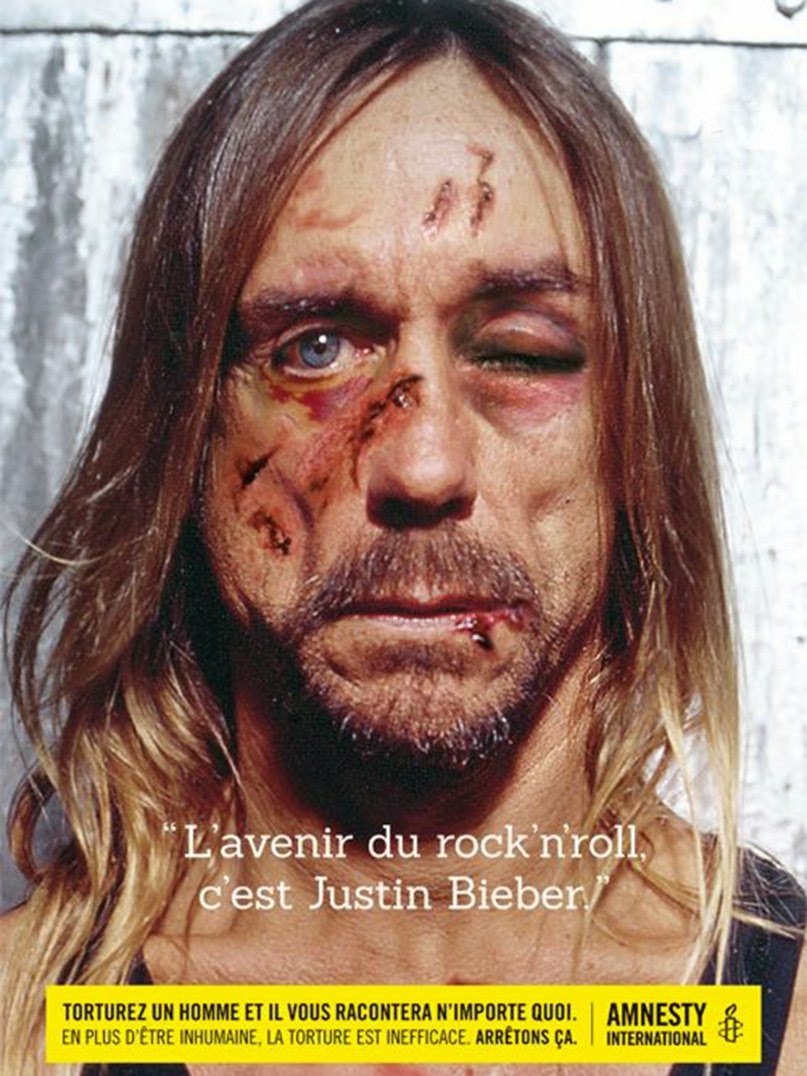 A new anti-torture campaign from the Belgian branch of Amnesty International packs the slogan, “Torture a man and he will tell you anything.”

To prove its point, the organization has been using photos of bloodied and defeated well-known figures proclaiming ridiculous statements presumably under duress, including one of Iggy Pop saying, “The future of rock ‘n’ roll, it’s Justin Bieber.” Below said photo is a caption in French, which translated, reads as, “In addition to being inhumane, torture is ineffective. Let’s stop it.” MORE HERE & HERE