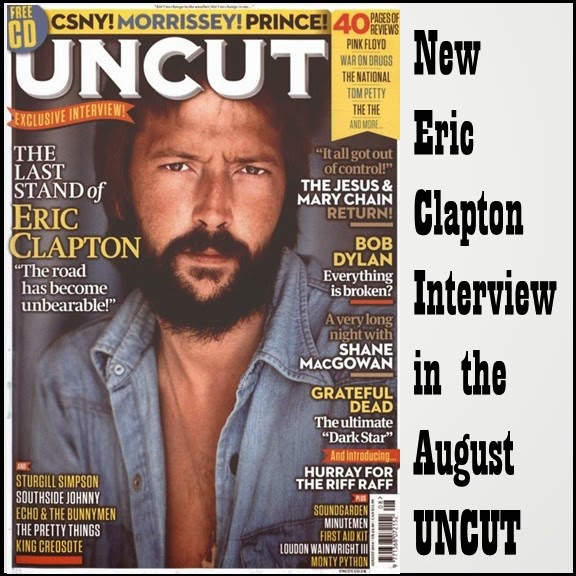 Eric Clapton is on the cover of the August (2014) issue of UNCUT. In the issue's feature interview he talks about his forthcoming album, "The Breeze - An Appreciation of JJ Cale

," and his friendship with the Tulsa musician. (The 16 track album is out worldwide in late July 2014.) In the UNCUT interview, Eric also reflects on the past, nixes another Cream reunion, talks retirement after more than 50 years on the road as touring has become "unbearable" and talks of future plans. It's the guitarist's most revealing interview in recent memory. MORE HERE