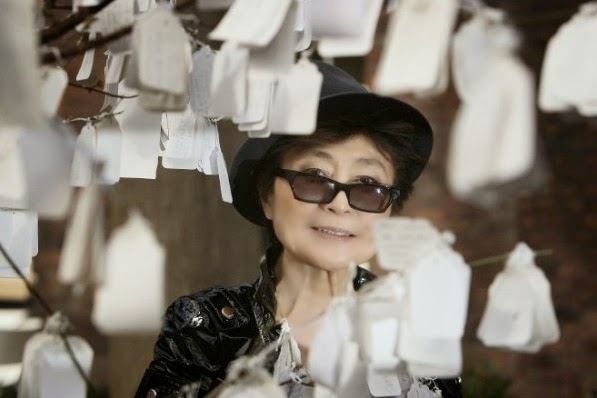 Yoko Ono is to install 'Wish Trees' at this year's (2014) Glastonbury Festival.

Festival fans will be encouraged to write down their innermost desires on a scrap of paper and fasten it to these trees. After all is said and done, the wishes will be collected and flown to Iceland where they'll be buried underneath the Imagine Wish Tower in Reykjavik, Iceland.