The Alamo Will Remember Phil Collins 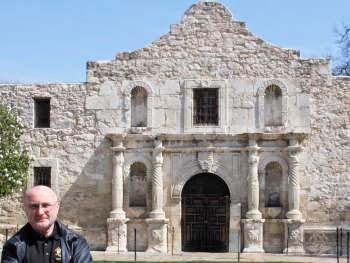 After spending his life scouring the earth for memorabilia from the Battle of the Alamo,Phil Collins appears to have finally completed his quest ... and is donating the trove to a Texas museum.

The 63-year-old Genesis singer-drummer joked he'd spent 'all the money that I made from music' on 200-plus pieces related to the 1836 battle where 1,500 Mexican troops laid siege to 200 Texans. He said he wanted to ensure the collection was better cared-for in the future.

In 2012 Collins revealed the size of his collection in the massive tome The Alamo and Beyond: A Collector's Journey

Email ThisBlogThis!Share to TwitterShare to FacebookShare to Pinterest
Labels: genesis, phil collins, the alamo, the alamo and beyond: a collector's journey