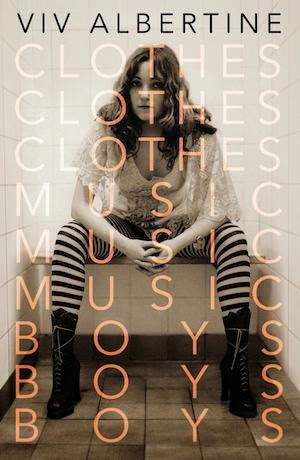 Viv Albertine has written a no holds barred, poignent, touching and funny account of her life that finally gives a woman’s view of the punk rock boys club as well as the rest of her adventures in art and music.

The title says it all- it is the pop dream in a sense and perfectly captures the brilliantly told tale of a punk survivor who found a niche playing guitar for the Slits and redemption 4 decades later releasing great stripped down lo fi records with sardonically open hearted lyrics.

This is the story of Viv Albertine was one of the key figures in the so called inner circle of punk-the tightly knit and unconventional circles that overlapped between the Sex Pistols and Clash when music and culture was turned up to a white heat of excitement. She ended up playing guitar in the Slits and helping to redefine woman musicians. MORE HERE & HERE

in London. With readings and in-conversation plus support from Bryony Kimmings, Anat Ben-David and DJ Tessa Slit (The Slits). Event details HERE

Posted by CDMartini at 8:44 AM