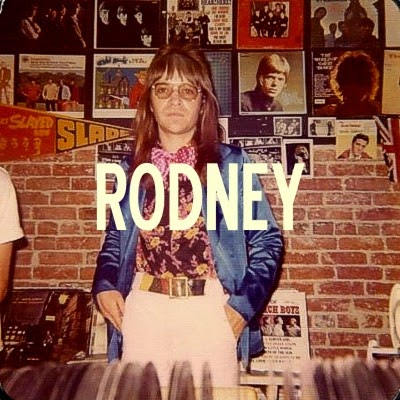 It goes without saying that the music world is filled with eccentrics. From producers to groupies to the artists themselves, the hysterical, bawdy, and over-the-top industry of popular song is a wellspring of the world’s greatest characters. At the top of that totem pole is Rodney Bingenheimer, one of the most stylish, influential, and consequential personas ever to exist in the music biz, and one of the most charming as well. But he’d never say so.

Rodney Bingenheimer’s English Disco—the popular Hollywood club he started in the early ’70s, at 7561 Sunset Boulevard—which landed him a gig as a radio DJ on KROQ, a position that he’s held on to ever since. Over the past three decades, Rodney on the ROQ has been synonymous with American rock music: he’s cited as the first American DJ to play the Ramones, the Sex Pistols, Blondie, the Clash, the Talking Heads, the Runaways, “the list goes on and on,” he says. The late Hollywood legend Sal Mineo famously dubbed Rodney the “Mayor of the Sunset Strip

,” a nickname that became the title of a popular 2003 documentary about his life. MORE HERE
Posted by CDMartini at 7:42 AM