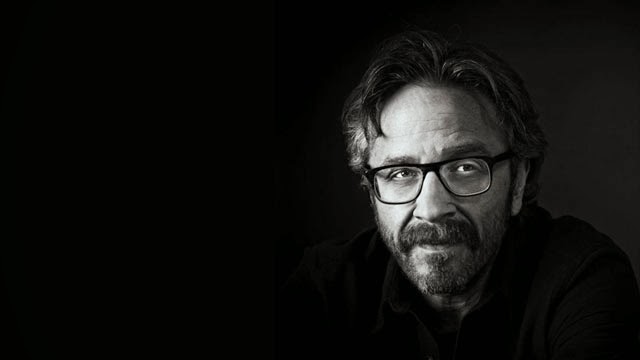 Less than 10 years ago, comedian Marc Maron was releasing albums with self-deprecating titles like Not Sold Out

, but now he's one of the busiest people in comedy and entertainment.

His WTF podcast just released its 500th episode last week, his IFC show is in the middle of its second season, and his latest special, Thinky Pain

, was just released on vinyl.

WTF began as a comedy-centric interview podcast, but eventually Maron branched out into interviewing musicians, and frequently discusses his love of music. The folks at Allmusic called up Maron while he was waiting for Chris Cornell to show up to tape an episode of WTF to talk about his music listening habits, how to get through an interview with a difficult musician, and the albums he keeps returning to. Read it HERE
Posted by CDMartini at 8:57 AM