Jenny Lewis : Just One Of The Guys 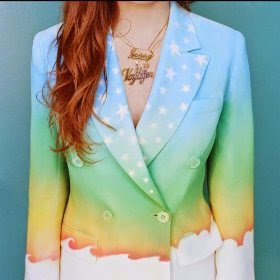 , the former Rilo Kiley frontwoman's first solo album in six years, is a breezy, catchy single about not fitting in with the boys' club; produced by Beck and titled "Just One of the Guys" (above). The Voyager is out July 29, 2014.

PS - Lewis recently backed up comedian Zach Galifianakis recently on a rendition of "Camptown Races." It will air on IFC's Comedy Bang! Bang! on June 5, 2014. source