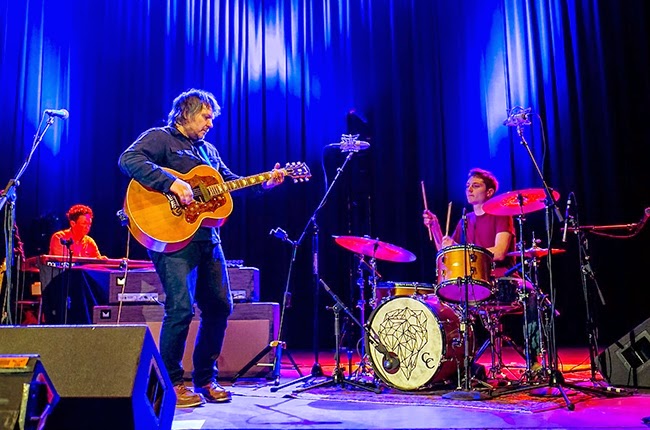 Wilco's Jeff Tweedy will release his new solo album, Sukierae (pronounced "sue-key-ray") on September 16, 2014 on Wilco’s own dBpm label, and he tapped someone near and dear to his heart to man the drums: his 18-year old son, Spencer.

The project is officially dubbed TWEEDY, and you can now take a listen to, "I'll Sing It" (below), one of 20 songs set to appear on the upcoming LP.

The bulk of the 25-song set opening, a whopping 14 songs, received their first public airing that night. It wound up being a special night and a low-key roll-out for yet another new turn in his eclectic career. MORE HERE & HERE

Posted by CDMartini at 8:54 AM