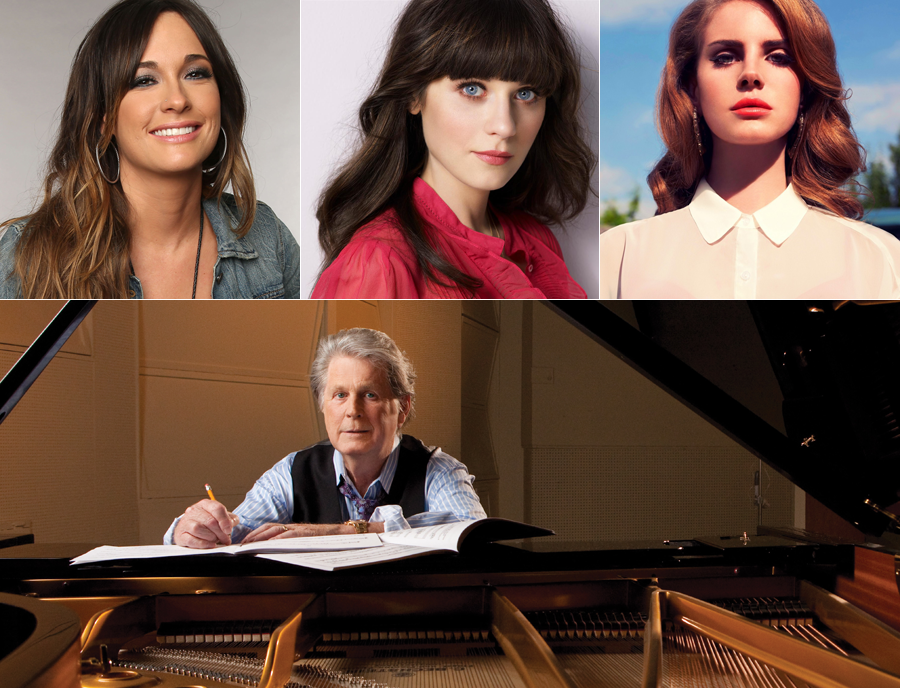 Brian Wilson has been working on a new album for some time. According to an upcoming Rolling Stone article the Beach Boys singer posted on his website, "songs in contention" for inclusion on the album feature appearances from Frank Ocean, Lana Del Rey, Zooey Deschanel, and Kacey Musgraves.

Apparently, some so-called fans - AKA music snobs, do not like the idea, and they’ve let him know.

The revered producer has responded with a carefully worded note on his Facebook page.

For the record: these three women are a few of the premiere women vocalists for our time -  Strictly Hardly Vinyl officially recognizes Brian Wilson's knack for talent and anxiously awaits the results of these collaborations. MORE HERE
Posted by CDMartini at 8:53 AM