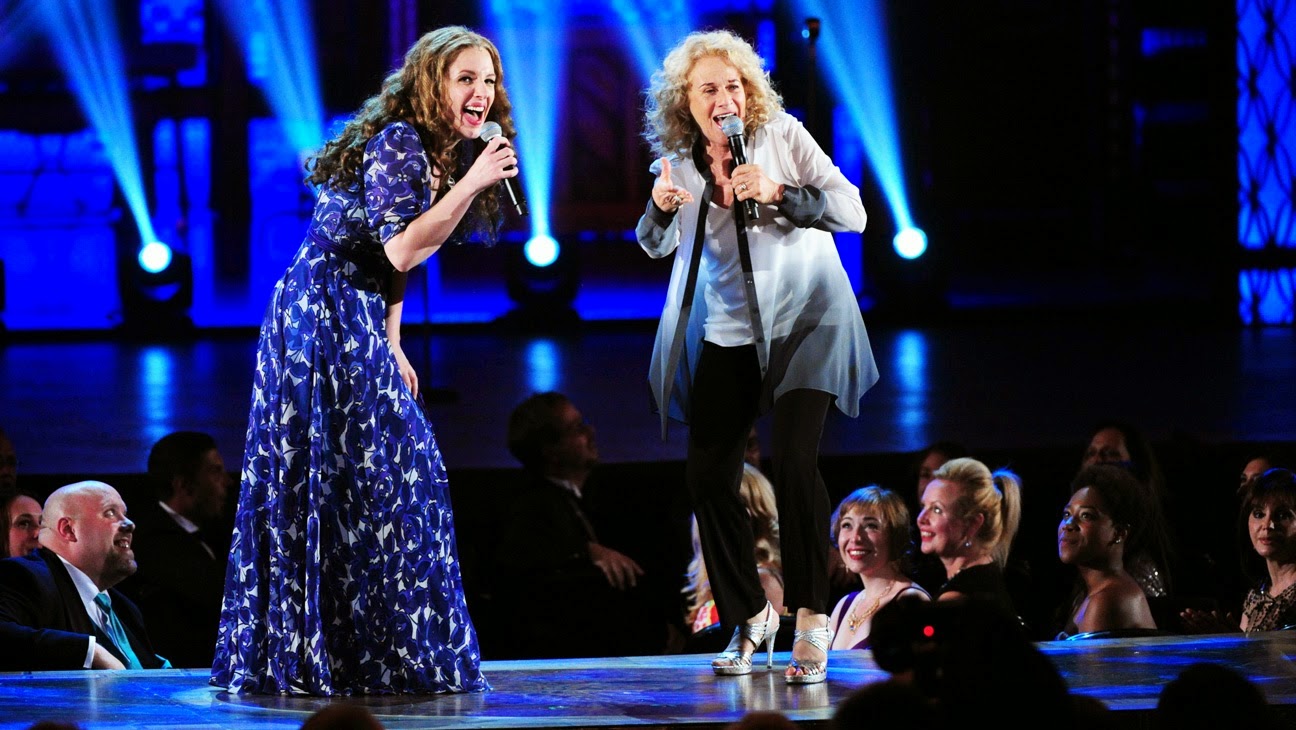 Carole King herself hit the Radio City Music Hall stage to perform "I Feel the Earth Move" with Jessie Mueller and the cast of Beautiful: The Carole King Musical at the Tony Awards on Sunday (June 8, 2014).

Later in the event, Mueller won the award for Best Performance by a Leading Actress in a Musical for her work. MORE HERE