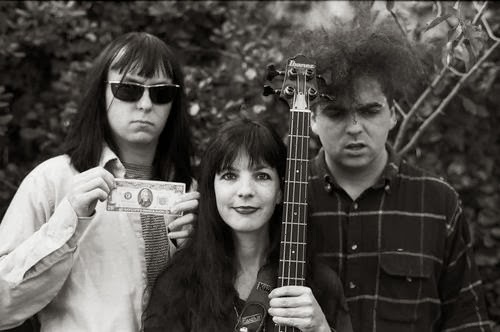 Shirley Temple Black (bottom pic - left), who died February 10, 2014 had a grunge connection: her daughter Lori 'The Lorax' Black (above center & bottom pic - right), bassist for The Melvins, dated its leader Buzz Osborne, a crucial early influence on Nirvana's Kurt Cobain, who was a member of Osborne's and Lori Black's circle.

Despite being several decades older than her bandmates Buzz Osborne (above right) and Dale Crover, Temple was immediately welcomed into the band with open arms, contributing indelible work to the records Ozma

, as well as the fan favorite EP Eggnog