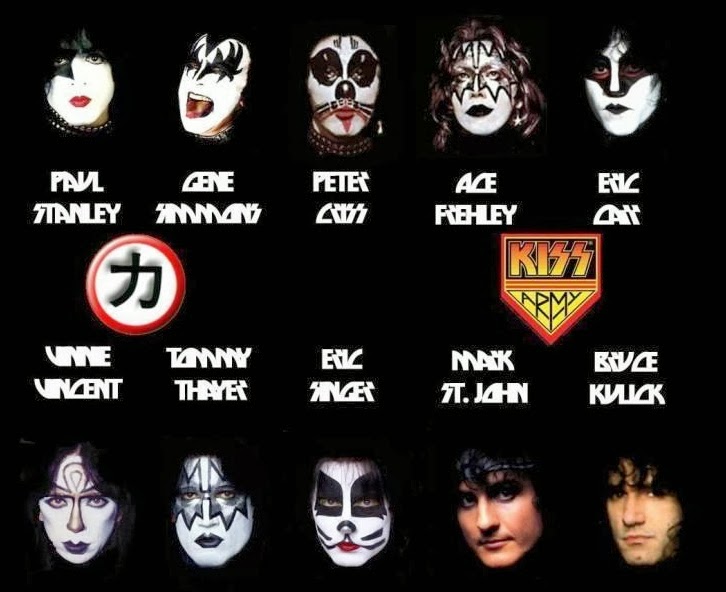 The 40-year-old group is unable to agree on which lineup should perform during the April 10, 2014 ceremony in New York City, and has decided not to plug in at all.

The dispute concerns whether original members Ace Frehley and Peter Criss would join Gene Simmons and Paul Stanley in a live performance, or whether the current lineup of Stanley, Simmons, Eric Singer and Tommy Thayer would play instead. MORE HERE & HERE
Posted by CDMartini at 7:28 AM