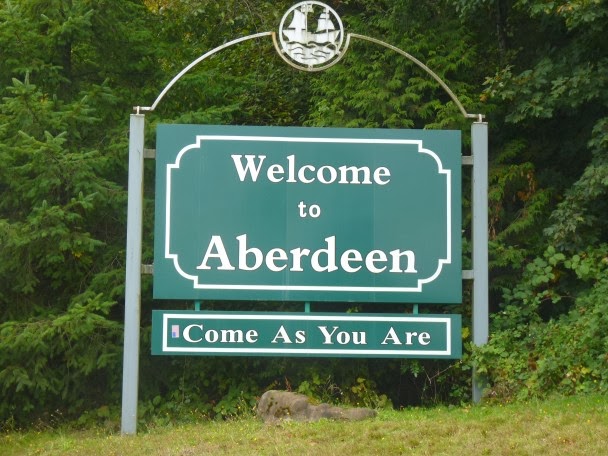 Today (February 20, 2014) is officially Kurt Cobain Day within the City of Aberdeen.

Mayor Bill Simpson announced the proclamation for the yearly celebration in January, 20 years after his death, to celebrate what would be Cobain’s birthday.

In honor of the day, the City and the Aberdeen Museum of History will unveil a statue of Cobain titled, “Cement Resurrection” tonight at the Museum along with a 30 minute concert by the band Gebular who had previously performed at the Kurt Cobain Memorial Foundation’s “Lounge Acts” show in 2008.

In October it was announced that the museum would be starting the Aberdeen Music Experience exhibit, containing items left by fans from all over the world, Nirvana t-shirts, a couch that Kurt Cobain slept on, and numerous other items.

The statue will open to the public at 5:30 pm pst tonight. MORE HERE & HERE
Posted by CDMartini at 9:09 AM