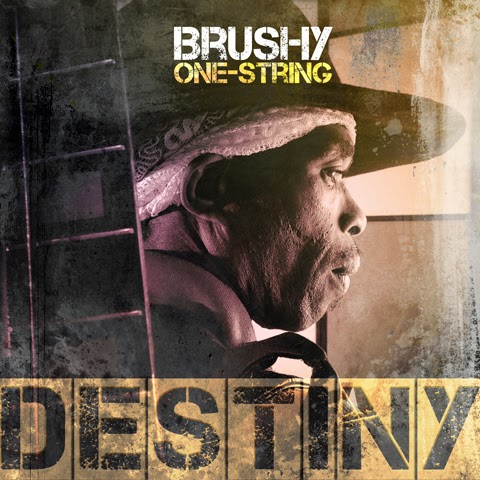 A YouTube sensation whose song "Chicken in the Corn" has received more than four million views, Jamaica's Brushy One String has captured listeners' imaginations with his stripped-down style, as he uses his rich baritone to accompany a beat-up, single-stringed acoustic guitar.

The guitar he plays has a single low E string, and that’s it. Saying “that’s it” is like saying that Alexander the Great was this guy who like, won some battles and stuff.


The fact is, Brushy is an astonishingly soulful performer whose warm-molasses voice carries a hefty emotional punch and whose single-string guitar riffs are surprisingly hypnotic.

As with all true artists, Brushy is impossible to pigeonhole. On his latest album 'Destiny

' there is a fair dose of reggae vibes, as well as plenty of folk, a bit of blues and a whole mess of soul, but it all melds together into a single tasty stew. MORE HERE

Brushy One String recently held court in the intimate Studio space at New York City's Webster Hall during globalFEST on January 12, 2014.Listen to the performance HERE

Email ThisBlogThis!Share to TwitterShare to FacebookShare to Pinterest
Labels: brushy one string, chicken in the corn, destiny, globalfest, youtube