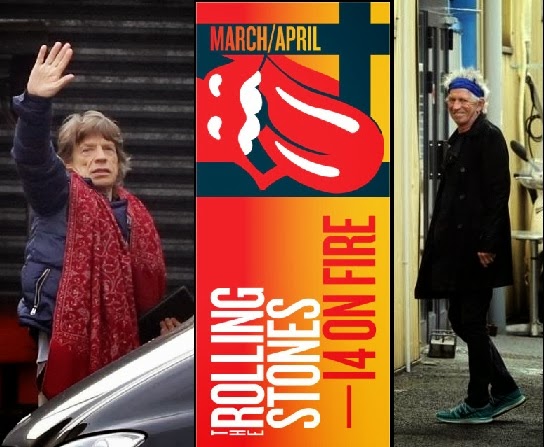 The Rolling Stones celebrated the last day of their 14 ON FIRE rehearsals (Friday February 14, 2014) in Paris by inviting fans into the studio to watch them play a short set.