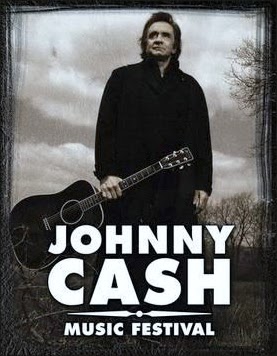 The lineup has been announced for the fourth annual Johnny Cash Music Festival, and some of country music’s biggest stars will be joining in the celebration.

Reba McEntire, Loretta Lynn and Bobby Bare will all appear at the event, along with comedian and gospel singer Mark Lowry, who will serve as the evening’s host.

The Johnny Cash Music Festival will be held on August 15, 2014 at Arkansas State University in Jonesboro, Arkansas. Proceeds from the concert support both the restoration of Cash’s childhood home in Dyess, Arkansas, as well as a scholarship fund.

Tickets will go on sale on February 28, 2014 and are available for purchase HERE

Johnny Cash remembered with bologna at Pugwash food drive
Posted by CDMartini at 8:55 AM