Pussy Riot : Girls With Guts At The Games 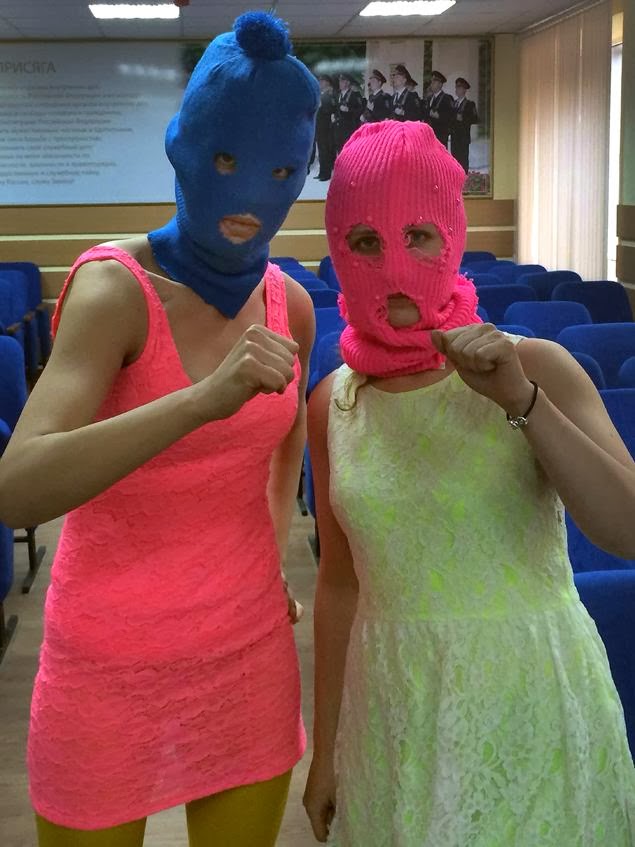 Two members of the punk group Pussy Riot ran out of a police station in their trademark garish balaclavas Tuesday February 18, 2014 after being released following several hours of questioning in Sochi, Russia the host city of the Winter Olympics.

Nadezhda Tolokonnikova (above left) and Maria Alyokhina (above right), along with seven others, were held by police near Sochi's ferry terminal, a popular area for fans celebrating the Olympics, and taken to a police station for questioning.

The musical group were set to perform the politically charged tune "Putin Will Make You Love Your Motherland" when members of the Russia's Federal Security Service brought them into custody.

"We members of Pussy Riot have been here since late Sunday and we were constantly detained since then," Tolokonnikova said after her release. "We are constantly surrounded by people, not you journalists, but people who are shadowing us, following our every move and looking for any excuse to detain us." MORE HERE, HERE, HERE & HERE
Posted by CDMartini at 8:06 AM