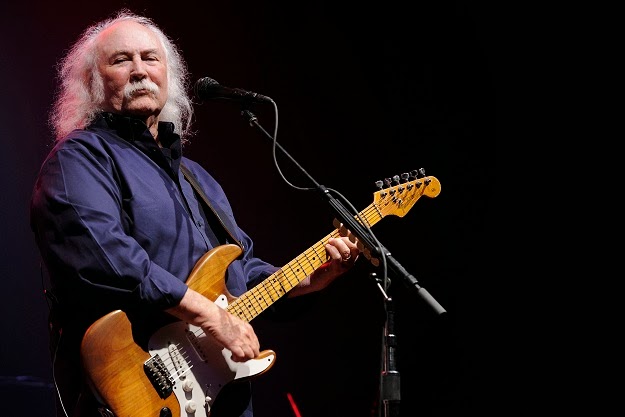 David Crosby has postponed the final dates of his solo tour in order to undergo heart surgery. The 72-year-old singer's shows in San Francisco and West Hollywood have been moved to April (2014) and he'll make up his Chicago gigs in July (2014), but the singer plans to return onstage when Crosby, Stills and Nash kick off a month-long American tour in Richmond, Virginia on March 4, 2014.

On his doctor’s recommendation, Crosby underwent a cardiac catheterization and angiogram on Friday, based on the results of a routine cardiac stress test which revealed that his left anterior coronary artery was 90-percent blocked. Without the procedure a heart attack was imminent.