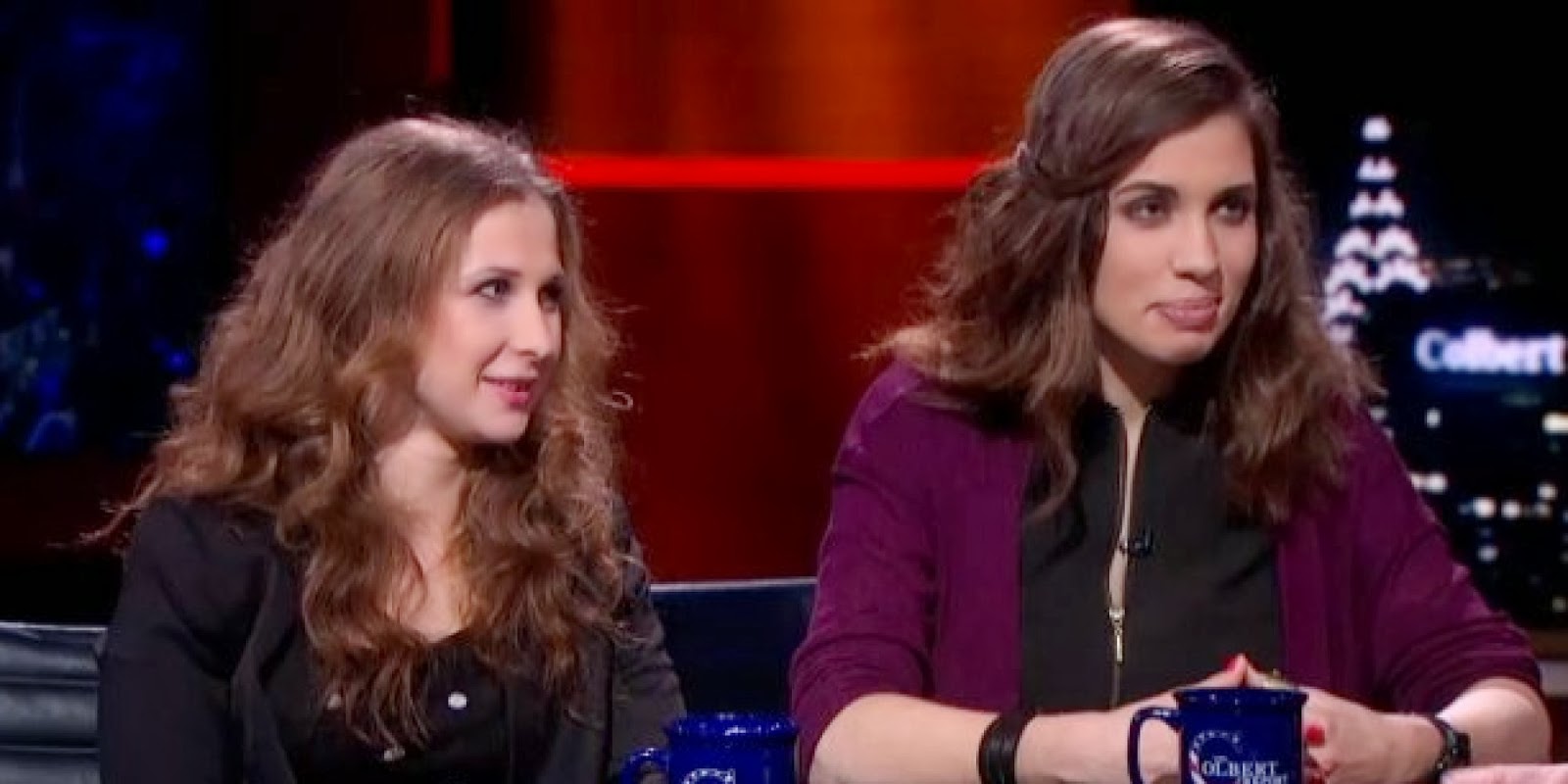 When Stephen Colbert asked if they'd like to thank President Vladimir Putin for releasing them from jail, they replied—through a translator— that they'd rather thank the people who supported them, including the "Colbert" audience. He also asked if they truly believed that their release from Russian prison was simply a PR stunt for the Olympics, to which they jokingly suggested Putin made a mistake and  should throw them back in prison. MORE HERE

Entire show HERE
Posted by CDMartini at 9:40 AM